In 2009 Mr. Munyoki, the headmaster of Mulundi Primary School started a small secondary school, located on the primary school grounds. He did this to provide an opportunity for secondary education to Mulundi Primary graduates. The nearest secondary day school was about four miles away when he started Kwa- Muema Secondary. Since children have to walk it was difficult for kids from poor families (who cannot afford boarding school) to continue past Standard 8 (eighth grade).

A local Councillor, Mr. Muema Nzine, donated land to build the High School and the Community started construction. They ran out of money and energy with two classrooms and the administration block up but not completed.  The water catchment tank, donated by the  Ministry of Water, is seen lying on its side in front of the building.

In the summer of 2010 someone from the village approached Janet and Mike about the possibility of funding two classrooms. Our parish, St. John the Baptist Church stepped forward to help, including people from outside the church. A number of people she knew at work also supported the building of the classrooms.

Amber Strehle, who is a professional photographer, was a member of the group that went to Mulundi in March. She (Amber) also organized a project-Brick by Brick- where her daughter’s fifth grade class raised enough money to buy the bricks for a wall.

In March a group of six people (Janet, Mike, Nina Boe, Amber Strehle, James Saadeh and Kate McCormick) went to Mulundi for one week.  We participated in the construction of the 2nd classroom funded partly by Commission to the Church in the World, Episcopal Diocese of Olympia. At the same time, the school had also acquired funding from Local Administration Development Fund and construction was ongoing for a new Science Lab Room and a new classroom.

While we were there the community held a Harambee (Gala fund raiser) to raise funds for the secondary school. We also participated by donating $1,000 toward the cost of finishing the original part of the school up to the same level as the two new classrooms.

Now, in October, this work is complete: all the rooms are plastered, painted and have floors. The school has room for at least a hundred students.

Also in support of Kwa Muema: James, who was on the March trip and recently graduated from college, has gone over to teach at Kwa Muema for the fall term, 2011.

He spent the fall school term teaching English, Business, Physics and PE at Kwa Muema Secondary School. He also continued to help Pius to get the library going (actually Pius seems to only need encouragement, he is a young man with good ideas and plenty of talent) and generally kept an eye on projects Books and Bricks Organization:

He paid school fees for scholarship students (and collecting and delivering essays and grade reports for scholarship students and applicants); helping us to establish a process for book purchases (library and schools); teaching teachers how to use computers; and observing and learning about how the school system functions to help us make good use of resources in the future.

Kwa Muema high school library is complete and in use. The library needs more books and supplies. It serves 9 teachers and 175+ students. Every donation is welcome.  Mr. Okumu is the librarian and he also teaches literature at the school.

To support this project and other future libraries, please visit our Donate Page. 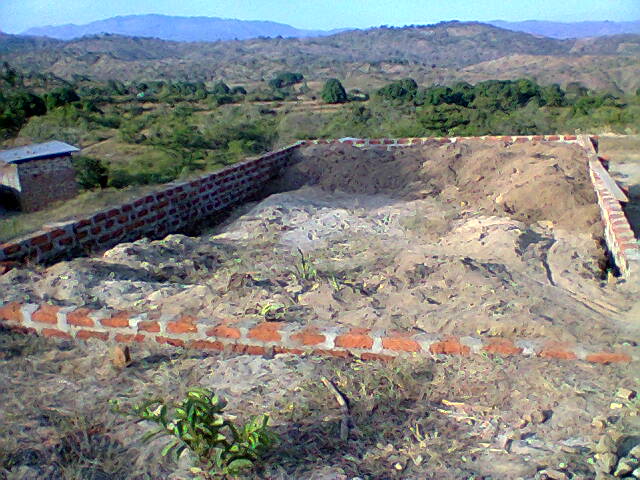 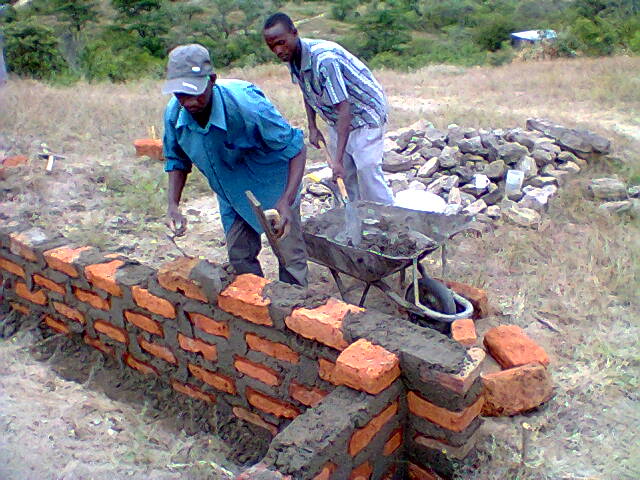 Update: Kwa Muema Library was completed and opened in May, 2016.